DUBAI, United Arab Emirates, Nov. 15, 2021 — SAUDIA selected Boeing [NYSE: BA] for a suite of services to improve their 787 Dreamliner and 777 fleets’ operational efficiency through digital analytics, and to modify their 777 cabin interiors.

“As ever, SAUDIA is continuously focused on operational efficiency, optimal fleet utilization, and deployment,” said Captain Ibrahim S. Koshy, CEO, SAUDIA. “We see our continued alliance with Boeing and these essential services as an enabler that will help to drive our progress toward this vision.” 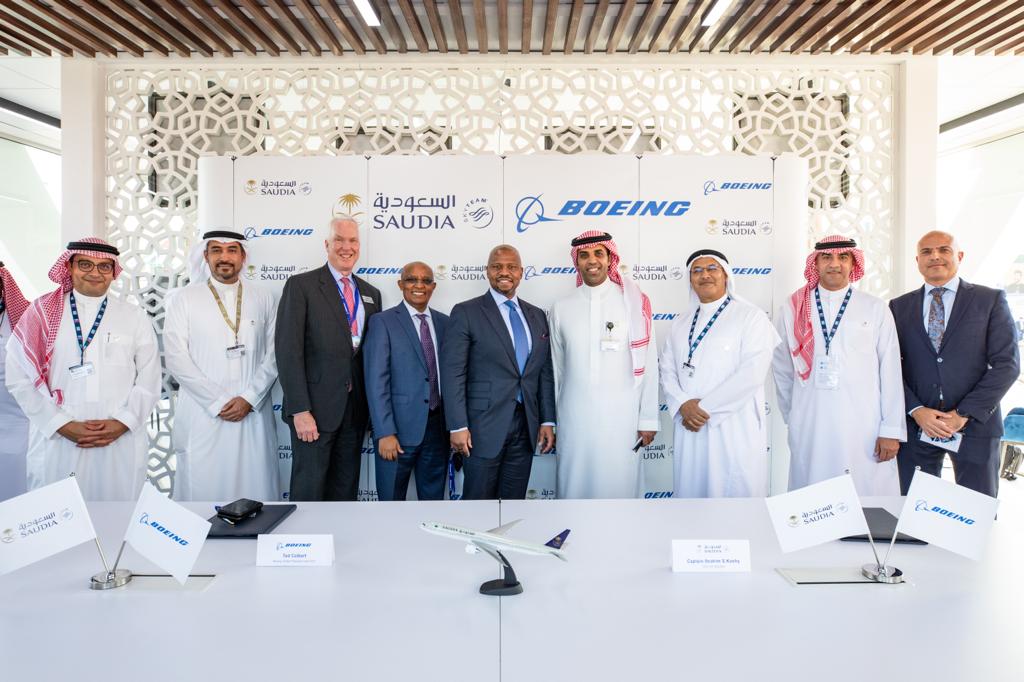 “Our Boeing consulting teams have partnered closely with SAUDIA for many years to find new opportunities to reduce costs and enhance operational efficiency. We are delighted to continue this partnership by applying our advanced digital solutions,” said Ted Colbert, president and CEO, Boeing Global Services. “Similarly, SAUDIA will be able to rely on our 777 interiors engineering expertise throughout the course of their fleet reconfiguration plans.”

Boeing’s interior modification team will partner with SAUDIA to deliver all aspects of their 777 modification, including design, certification, and the supply of parts required for completion.

As a leading global aerospace company, Boeing develops, manufactures and services commercial airplanes, defense products and space systems for customers in more than 150 countries. As a top U.S. exporter, the company leverages the talents of a global supplier base to advance economic opportunity, sustainability and community impact. Boeing’s diverse team is committed to innovating for the future and living the company’s core values of safety, quality and integrity. Learn more at www.boeing.com.