Panasonic Avionics’ NEXT IFE system will be installed on 20 new Airbus A321neo and 15 Airbus A321neoXLR aircraft. The system, which delivers the one of the industry’s most advanced cabin experiences, has been configured to evolve with the future business objectives of the airline.

Panasonic Avionics’ NEXT IFE system will be installed on 20 new Airbus A321neo and 15 Airbus A321neoXLR aircraft. The company’s  NEXT system, which delivers the one of the industry’s most advanced cabin experiences, has been configured to evolve with  the future business objectives of the airline. It leverages a large and evolving suite of digital services from Panasonic Avionics aimed at improving loyalty, revenue generation and passenger engagement.

Business Class passengers will be able to experience the full 4K experience on 16-inch screens and use wireless charging to seamlessly connect with friends, family and colleagues as soon as they reach their destination. In Economy Class, Saudia has selected 12-inch 4k screens, and high power USB charging at every seat. 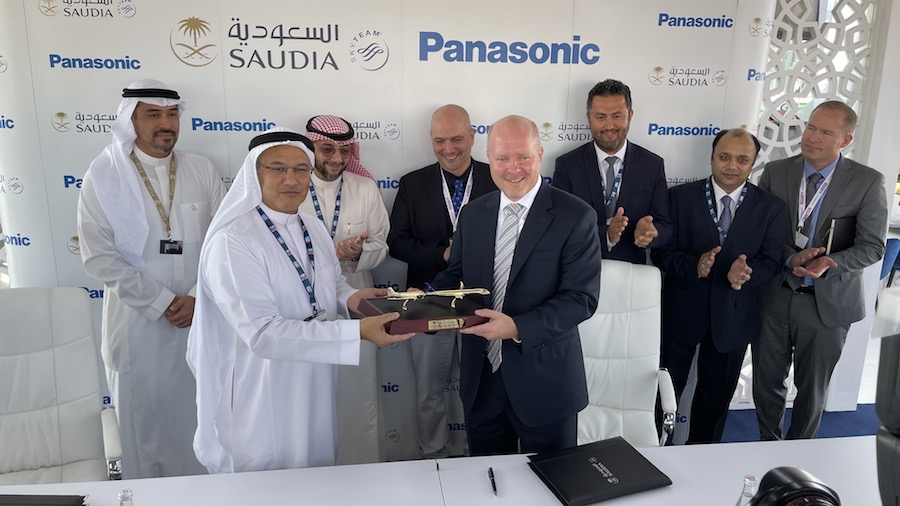 Ken Sain, Chief Executive Officer of Panasonic Avionics, said: “We are delighted to extend our highly valued partnership with Saudi Arabian Airlines by taking their passenger experience to the next level with the world’s first 4K and Bluetooth audio in-flight entertainment technology. We  are very excited to extend or relationship with Saudia to this new fleet of aircraft and deliver the hardware and digital services that help ensure passengers expectations are exceeded by the best-in-class services available today and into the future.”

The Panasonic Avionics is already the IFE provider for Saudia fleet of Airbus A320 and Boeing B787-10 aircraft – with 45 aircraft utilising its technology.

Captain Ibrahim Koshy, Chief Executive Officer at SAUDIA Airlines, said: “We are delighted to be partnering again with Panasonic Avionics who have consistently delivered on their product commitments to provide reliable, engaging, tailored in-flight entertainment for our guests. Implementing their 4K and Bluetooth technology onboard our new fleets will ensure we deliver the best passenger experience in the skies.”

An image of Panasonic Avionics’ NEXT IFE Series is available to download here.

Leading airlines across the world have chosen to install Panasonic Avionics IFE systems on more than 15,000 commercial aircraft and satellite Wi-Fi connectivity on over 2,300 aircraft. Panasonic Avionics’ proven systems power approximately 70% of the global IFE-equipped fleet and is supported by the largest, global support and services team utilizing OEM insights to ensure peak system performance.

Panasonic Avionics Corporation is headquartered in California with over 3,500 employees and operates in 50 locations around the globe.